Emmanuelle Vaugier is a versatile actor who simply sizzles when it comes to portraying those feisty female leads who like to stir things up a bit. Her role in ABC’s steamy summer soap, “Mistresses” is no exception. In the series, Vaugier portrays Niko, the new mixologist at Wunderbar, and a thorn in Joss’ (Jes Macallan) side. Her role on “Mistresses” is the latest addition to Emmanuelle’s already impressive body of work. This stunning actor continues to reprise her role on the innovative series “Lost Girl”. Playing the role of The Morrigan, Emmanuelle breathes life into her vain and dangerously sociopathic character.

This vivacious actor’s performances continue to shine on television and movie screens around the world. Vaugier may be best known for her popular role as Charlie Sheen’s ex-fiancée Mia on the award-winning CBS comedy “Two and a Half Men.” For three seasons she also played Detective Jessica Angell on “CSI: NY,” leaving fans devastated when her role came to an end. 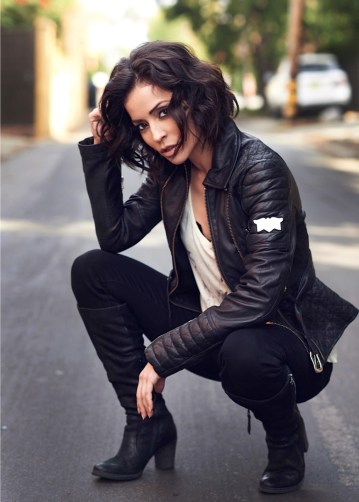 Vaugier was cast alongside Piper Perabo in the USA Network crime series “Covert Affairs,” where she played the recurring role of Liza Hearn, a journalist and blogger not afraid to push boundaries. Other television appearances include her guest roles on “The Mentalist,” “Big Shots” and “Supernatural.” She was also the new female superhero for the Sci Fi Channel television pilot of the comic “Painkiller Jane,” and had a starring role in the “Master of Horror” series directed by John Carpenter. Vaugier’s other television credits include UPN‘s hit series “Veronica Mars,” and a starring role in the WB comedy “My Guide to Becoming a Rock Star.” She portrayed Dr. Helen Bryce, Lex Luthor’s wife, on the WB’s hit drama “Smallville.” She also appeared in a recurring role on “One Tree Hill,”and the FOX action/drama series “Human Target,” playing FBI Agent Emma Barnes. 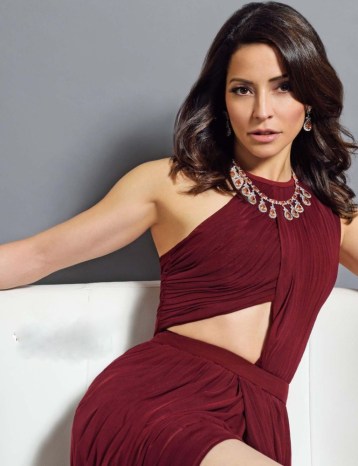 One of the roles that Emmanuelle connected most with was playing a woman who rescues animals in ‘Susie’s Hope’, a role for which she won best actress at the Greensville International Film Festival. ‘It’s Christmas, Carol!’ another starring role for Emmanuelle opposite Carrie Fisher, won her a Leo Award. Emmanuelle also stars in ‘Absolute Deception’ alongside Cuba Gooding Jr.

Off-screen, Emmanuelle is an avid animal lover. A project that is very close to her heart is her own 501c3 charitable foundation ‘The Fluffball’, which raises money for various animal charities through her annual cocktail event. A dedicated equestrian Emmanuelle competes on a horse rescued from a situation of neglect. Emmanuelle paints to express her creativity and contributes a major portion of her sales to the many charitable animal rescue organizations she supports.